I just found out about BiSH recently and it’s so cool! I want a live DVD, but which one would be best for me to buy for the first time?

I’m a Japanese BiSH fan! In this article, I’m going to recommend BiSH’s live DVD’s for those of you who have fallen in love with BiSH as much as I have.

Anyway, I’m captivated by the quality of the songs, the feel-good voices, and the individual personalities of each of the six members.

I was instantly taken by AiNA THE END’s voice in particular. She’s too cool… I watched the footage on youtube every day.

And I wanted to watch the live video in full, because watching them on youtube wasn’t enough. And I bought all the BiSH live DVDs so far.

All of them are very good with their own highlights, but in this article, I’d like to tell you about which live DVD is the best one to buy first if you’ve recently discovered BiSH.

【Would you rather buy a DVD than a CD? The appeal of live BiSH’s DVDs】

If you want to get to know BiSH, the DVD is better than the CD.

BiSH is said to be really good LIVE show. They say “Live is the place to clash with fans” and their real performance can only be experienced at LIVE show.

Here are six things that I find appealing about the LIVE show.

・The members’ enthusiasm is unparalleled in comparison to the studio recording.
・You can see the choreography of the song that Aina the End came up with.
・Live String Band Sound
・A sense of unity with fans
・Hashiyasume Atsuko’s Comedy Theater
・Members’ MCs

It is said that a live concert is “a place where BiSH and its fans really clash”, and you could feel the members of BiSH clashing with each other as if they were responding to the fans’ passionate support.

Many of BiSH’s songs are famous and you can enjoy them just by listening to their CDs.

However, there are many aspects of BiSH’s true appeal that can only be seen in their video works.

If you want to buy your first BiSH album, we highly recommend you to buy a live DVD.

【Famous BiSH songs to watch in the Live】

BiSH’s music is just so cool, isn’t it? There are so many songs that are fast, emotional, moving, and inspiring.

There’s something heartfelt about each song.

My recommendations for BiSH songs are as follows.

All of them are also available on youtube, so if you haven’t heard them yet, please give them a listen. (Click on the song titles to go to youtube.)

All of them are good songs, but I looked for a DVD that would allow me to watch all of these great songs in particular, and I found one.

I don’t need to introduce the show, but it was praised as “the best BiSH live ever” by many people, and even AINA THE END herself said during the live, “I don’t care what anyone says, it was definitely the best BiSH live today. ”

It’s exactly what you would call the best LIVE DVD of BiSH, and I would like to tell you about the charm of the DVD.

If I start listing the attractions of BRiNG iCiNG SHiT HORSE TOUR FiNAL “THE NUDE” I’ll never stop, but I’ll summarize them in six.

First of all, the songs included. I mentioned earlier that I recommended 17 songs, and they are all included. It’s like a best of album.

If you are a new fan of BiSH, you will be able to get the most out of their famous tracks on this DVD alone.

It’s a masterpiece with no outliers.

・The stage is too big & the direction is too cool

For the first time in BiSH’s history, the Makuhari Messe Main Stage was used mainly for the center stage, which was surrounded by the audience in 360 degrees, but after the first song, AYUNI D could be seen running as fast as she could in the middle of the stage until the chorus.

The highlight of the show was when the translucent curtain came down to center stage during “My landscape”.

It was really cool to see the girls perform in the midst of the fireworks projected on the screen.

The award-winning director, Kento Yamada, was invited to the live, so you can enjoy the live performance that maximizes the appeal of BiSH.

・All members are in good condition

If you’ve listened to a few BiSH songs, you may have felt it, but not all of BiSH is a good singer.

The tempo is off in some songs and the pitch is off. Some people may think that “What? BiSH is like this?” .

So if you’re not that into BiSH yet, and you’d like to see BiSH live because they have a lot of cool songs, I’d like you to see only the coolest scenes possible.

You can see the coolest BiSH in “BRiNG iCiNG SHiT HORSE TOUR FiNAL “THE NUDE””.

All the members are in great condition at this show. There are no scenes where they are out of tune or out of melody.

If you get into BiSH and can support any of the girls, you’ll be able to accept their cuteness, which is a little off-tune.

But first, I hope that you will be overwhelmed by the coolness of BiSH in this live DVD.

・The calls are resounding

Personally, I’d like to see LingLing and the Momokogumi Company sing “Arinomamaadeiinokana? (Is it OK to be as it is?)” in HiDE THE BLUE. In response to the lyrics, “Iiyo!(Okay!)” I love the call to be able to do this.

For those of you who are interested in going to the show, this is a great way to feel the excitement of the fans in this part of the world.

・An impressive backing band of 24 musicians.

BRiNG iCiNG SHiT HORSE TOUR FiNAL “THE NUDE” is a live sound show with 24 members of the backing band.

The sight of 24 people playing behind BiSH is also a sight to behold. One of their most popular songs, “Orchestra”, is especially poignant with the string corps.

・You’ll want to watch it again and again.

Great songs, beautiful visual effects, and a great performance by all.

With all of this, you’ll want to see them again and again.

Many people buy a live DVD of their favorite Artis and end up only watching it a couple of times, right?

You’ll want to watch this live DVD over and over again. It should be an insanely costly purchase. 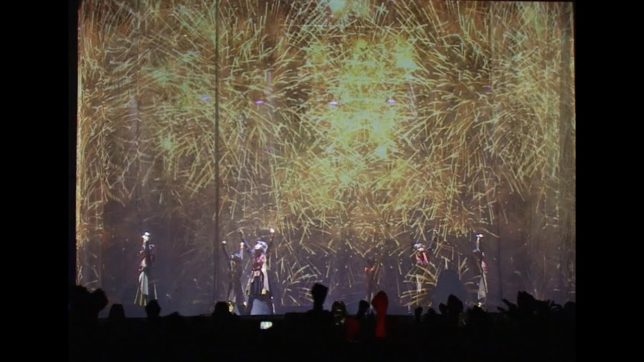 BRiNG iCiNG SHiT HORSE TOUR FiNAL “THE NUDE”” is packed with the real charm of BiSH, which is completely different from the CD and PV. You won’t regret buying this one.

I hope this will be of some help to those who want to know more about BiSH. 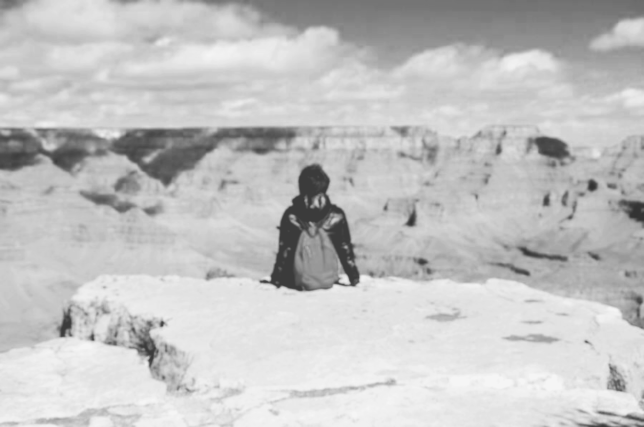